The Inbox in task management

When working with an app like Things 3 or OmniFocus 3, one will quickly notice the folder in the top, called “Inbox.”

After using emails for decades, the concept of an Inbox should be clear, but what is its meaning in task management? Can one not enter tasks directly into the appropriate task list or project? Why is there an extra step, adding a task to an “Inbox” folder, when it will be temporary anyhow?

This feature will help streamline your workflows if used correctly. In this article, I will discuss its purpose, how new tasks should be captured, and how to make sure that the inbox stays tidy.

Purpose of an inbox

Inboxes are a quick dump. In daily life, there are various sources of information, events, ideas – usually noisy and not very structured. Inboxes need to be filtered and maintained, or they will get messy.

Second, Inboxes are about centralization — a central place to keep information – and a central point to refer to. There could be one inbox per app or a universal inbox for all productivity needs.

Third, Inboxes should be something trusted. If thoughts are dumped into an app, they can be forgotten (as in removed from the brain), as the app will remember them for you later on. By incorporating this way of thinking into daily life, it gets easier to let go thoughts, without worrying that it might be forgotten later on. If the brain is not busy trying not to forget, it will be able to have new ideas and work more efficient on other things. This is a mindset coming from the book Getting Things Done.

It is also worth considering to minimize the number of inboxes. Task management is a critical pillar of productivity, but there might be multiple other inboxes: Email, Notes applications, Web clippers, Bug tracking software, Customer tickets.

Using automation services, share extensions, or just manual copy-pasting between apps, centralizing the places to refer to will enhance productivity tremendously. I have an article on that over here.

In daily life, every time you have an idea, capture it to the task management suite. If you read an interesting article, clip it to your productivity system for later reference. If you talk about something with a colleague, make reminders for things that come up during the conversation. Making notes is vital as thoughts are usually volatile and quickly forgotten.

For a concept like a task management system to be successful, it is necessary to make this behavior a habit. Capture everything around you, which might be worthy for later reference.

This does not only include project ideas and thoughts, but also any deadlines which come up in your head, the usual sudden thought of “Oh right, I need to do X next week” – make it a habit to enter these things into the app directly – even if there might be already entered, a duplicate won’t hurt and can be removed in the next review.

The inbox of a task management suite might get up to dozens or more tasks every day. During the capturing phase, it is not the goal to structure and organize thoughts. The point is, not losing thoughts. If you need to think about whether or not something is worth capturing, capture it. Everything else will be tidied up later.

There are a lot of tools, which can help with this process. When working directly at a computer, most native applications have system-wide keyboard shortcuts, which can help: Things, MyLifeOrganized, OmniFocus – a single shortcut and the current idea is safely entered into the app.

On the road or in meetings, the cell phone might be a good companion. Many apps have companion apps on iOS or Android, which allows entering any idea on the go. If it is not feasible to take out your cell phone during a meeting: Make it a habit to scribble down a short list of ideas onto paper, and capture them to your productivity suite on the next occasion.

Just make sure that you won’t forget the second step. If this situation happens often, it is also worth to create a repeating reminder: “Enter your handwritten meeting notes into your task management app.”

Another option is automation: Sometimes there are meetings or events, which always require the same work steps – but they will still be quickly forgotten in the stream of other things to do. A recurring project might help to fix this issue. Creating an automated task from a calendar entry by using an automation service like Zapier might be even better.

On mobile platforms, companion apps often support the so-called share extensions. By using the Share functionality of the operating system, websites, emails, or other data from any app can be easily shared to other apps – including your task management app. This allows for easy creation of “Read this article,” “Reply to this email,” or “Look into this” tasks.

If everything is inside the task management app, the first step is successful: Capturing things, so they will not be forgotten. You can trust your productivity system as it will make sure to be your second brain.

Unfortunately, this comes with a new issue: If using capture-to-Inbox extensively, there will be dozens or hundreds of tasks in the Inbox every single day. The Inbox gets messy quickly, and if getting too messy misses its target once again.

An unmaintained Inbox is almost as unproductive as having no productivity system.

The habit of reviewing

After creating the habit of regularly capturing all tasks in daily life to the Inbox, half the work is done. The second half would be the habit of actually going through all noise and filter out the important things.

First, scroll through all tasks and ideas captured during the day. There might be half-written sentences, duplicates of thoughts having multiple time during a day, and things which are not even relevant anymore – because they were already finished or never crucial in the first place. All this stuff should be deleted or handled.

A review is to be done in a relaxing state. While the capturing might be a quick note on the go, during a meeting or maybe even dictated to Siri in the car, the review should have another state of mind. Take your time and go through all entries. What is important? What is not, anymore? Now, it is the time to put some thought into all entries.

After clearing out all duplicates and noise, the Inbox should already be much cleaner. Now, every task in the Inbox should have actual meaning: Something worth tackling the next working day, an important errand, or a new project to start at some point.

Time to structure your work

In a second read-through, it is time to organize and structure things. For every task, attach relevant metadata. What project does this task belong to? Is there a real deadline? A deadline should be a hard deadline, no I want to finish it by that day. There could also be a deferring date – a point in time from when this task is doable. If the task is too big to actually be a task, create a new project from it. Lastly, keywords or tagging can help to find the task later on.

This previous step might even induce new ideas. It is a perfect time for further brainstorming. When going through all captured task since the last review, one can often come up with new thoughts or plans, which were not even there when capturing that initial task. You can think about sub-tasks or how projects could be carried out. Over in our article on structured task management, I look at this in greater detail.

If doing all these steps one after another, it should be easy to achieve an Inbox Zero. That means, there is nothing in the Inbox anymore. Everything is filed away to the relevant project, a structure is in place, and it will be easy to tackle on the next working day.

A review like this should be done regularly. In our article on productivity habits, we recommend daily practices as well as weekly habits. While sorting through the productivity app, in general, might be a good weekly or monthly task, depending on the size of your database and nature of your work, an Inbox should be gone through more regularly.

Try to establish a daily or bi-daily habit of going through the inbox. If going through the Inbox is done regularly, the time a single review takes will also be minuscule. This is of tremendous help for the structure of projects and guarantees that nothing can slip through — no need for stress.

The Inbox is a crucial pillar of task management. In daily life, there are many things worth capturing: Plans that come up during meetings, ideas while discussing projects with colleagues, or just brainstorming ideas on one’s own. The Inbox gives a central location to collect these fragments of work.

The process of capturing tasks should be a second nature – opening the quick entry menu of the application and use it as a dumpster for thoughts and memo to the future you. This assures that nothing slips through during a long workday.

During this capture phase, do not worry about noise; enter tasks into the system just as they come up. There is also no need to worry about meta-data; projects, tags, or dates – all that can be done later.

Later, it is time for reviewing these entries. A convenient point in time might be the end of each workday, or the start of the next workday, whatever feels more natural. If there is a time slot for going through the Inbox regularly, nothing will pile up, and every idea will be looked at.

After deleting duplicates and tasks irrelevant on second thought, everything remaining is actual work. The last goal is to structure current projects, to brainstorm on future plans, and to tidy up everything.

By following these small bits day after day, day-to-day work will get more structured and productive in no time. 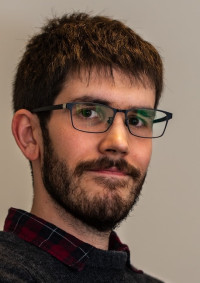 Creating reminders for the long term

Sometimes, there are tasks which are rare or only relevant in the long term, but still important – even in daily life outside of work. For …

How to write structured to-do lists?

After creating the habit of using to-do lists, they can get messy. What to put into a task management app? Where to start when structuring …

A task management software is designed to be helpful. To remove noise from life. But when not organized properly, it can quickly backlash …